Bewertung:
97 % of 100
2  Bewertungen Fügen Sie Ihre Bewertung hinzu
1.979,00 €
Will be ordered for you.
If you need this very urgent, please contact us and we keep you informed about the delivery date.
Zur Wunschliste hinzufügen Zur Vergleichsliste hinzufügen 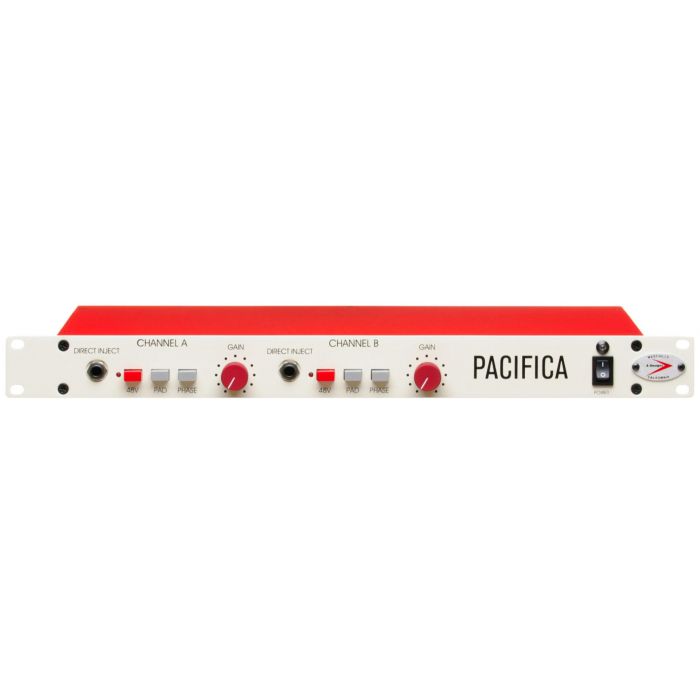 The 1970s was a time of great change in pro audio. The introduction of solid-state electronics led to an explosion in development and a very different sound than the tube gear of previous decades. The recording console in a high-end 1970s studio was likely a Neve, an API, or a Quad Eight. These companies set the standards for audio quality – with a unique sound firmly imprinted on the popular recordings of the era.

Designed, built, and extensively “ear-tested,” by long-time recording industry veterans, the A Designs Pacifica takes its sonic signature and name from the revered Quad Eight mixing console. However, the A-Designs Pacifica has a sound and character all its own. Praised by top professionals for having the depth of a Neve, the midrange of an API and the high-end of a Massenburg, the Pacifica has firmly established itself as the go-to preamp for an impressive list of Grammy-winning and platinum-selling engineers and producers.

Another major component of Pacifica’s stellar sound is its extreme bandwidth, ranging from way down at 9Hz all the way up to 101kHz with  <1% distortion! Along with the custom transformers, the linear response down below 10Hz provides the big, punchy sound for which the Pacifica has become a contemporary classic. It also provides harmonic content well above the range of human hearing, reducing in-band phase shift for more realism, along with the added benefit of delivering more harmonic information to work with...turning your EQ into a creative tool rather than a corrective one.

While some may believe the glory days of recording are over, Pacifica is living proof that they’ve never left us, and better days are still ahead! Put an A-Designs Audio Pacifica in your rack, and hear the difference.