Seien Sie der Erste, der dieses Produkt bewertet
2.059,00 €
Will be ordered for you.
If you need this very urgent, please contact us and we keep you informed about the delivery date.
Zur Wunschliste hinzufügen Zur Vergleichsliste hinzufügen 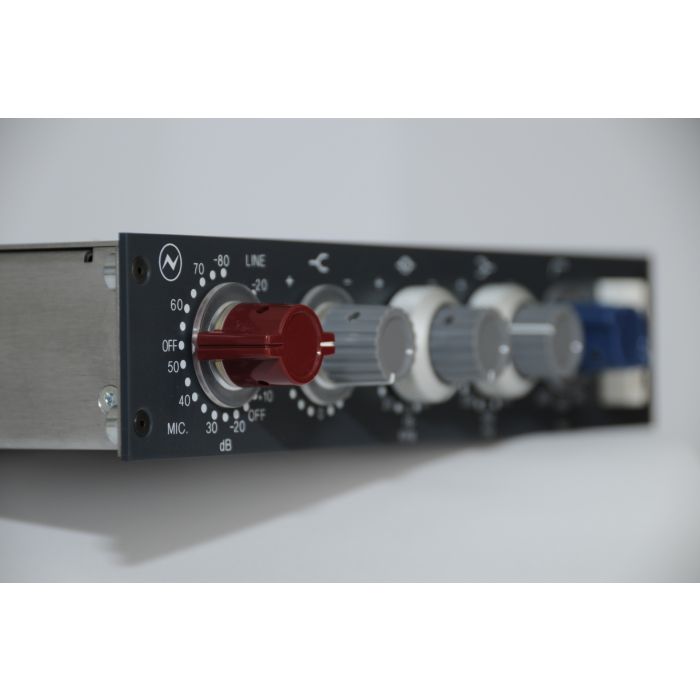 Found on some of the most famous recordings of the past 40 years, the big, punchy sound of the 1073 complements any musical genre – from rock to rap to classical.  The quality is legendary.

Designed and built in England, the modern-day 1073N is produced to the exact specifications of the original, matching components to ensure the sound remains true.  The Class A design 1073N microphone preamplifier has 3-band EQ (fixed HF plus two switchable bands with cut/boost capability) and a high pass filter. The Neve 1073N mic pre and EQ combination adds warmth and depth to recordings, brings out subtle ambience, maintains spatial positioning, and captures a more precise image – embodying, think many engineers and producers, the essence of the Neve sound.

Building on the 1073 classic module features, the 1073N introduces extra functionality with an integrated DI input, I/O connectors for direct connection of microphones and instruments and other equipment, phantom power for powered microphones and a PSU for standalone use. It can also be fitted into compatible racks/housings or retrofit into 80 Series Neve Classic consoles.  Neve – no question.