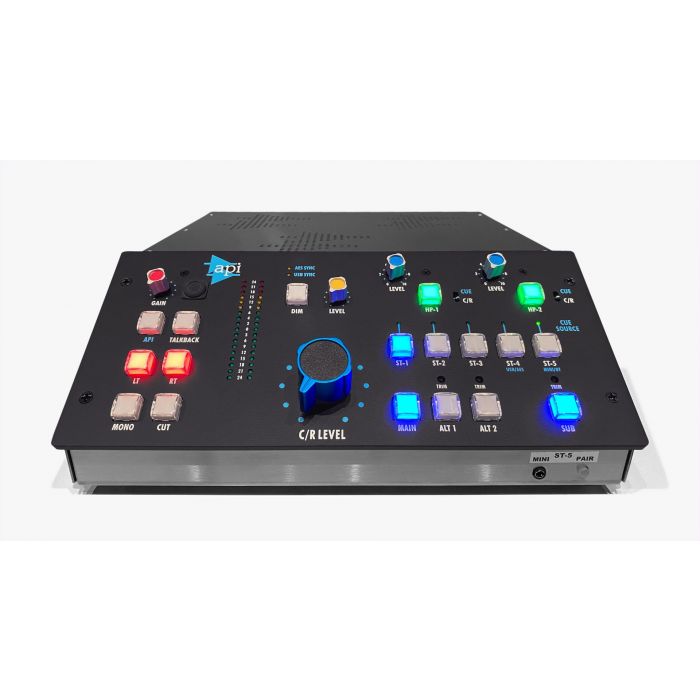 Building on its rich heritage of manufacturing the highest quality mixing and recording consoles, API proudly introduces the new MC531 Monitor Controller. Featuring the same level of craftsmanship found throughout API’s entire product line, the MC531 offers a stand-alone version of the monitoring functionality built into the center section of API’s legendary analog consoles. Specifically designed to include fully-featured monitor control for DAW workflows, the MC531 can integrate seamlessly into any audio production environment where functionality, ease of use and an accurate reference of each audio source is required.

“In our ongoing mission to provide audio professionals with products suited to their evolving workflow, the company decided that a monitor controller would be a natural next step in product design,” commented API’s Director of Engineering Todd Humora. “We’ve certainly had many requests for a unit like this over the years. The MC531 provides users with the exact same circuitry they would find in an API console, plus a few extra features that many people will find useful.”

Drawing inspiration from the monitor control modules of all API consoles, the MC531 features a Main and two Alternate stereo outputs, the latter having individual trims for speaker level matching. Programmable subwoofer integration allows the user to link the Sub with the Main and/or either of the Alternate outputs. With a total of seven selectable stereo input sources (three analog line-level inputs, AES, USB, plus 3.5mm and Bluetooth), the MC531 can meet the monitoring needs of almost any studio setup. Two independent Headphone outputs and a built-in Talkback mic complement the feature set. Of course, the classic API 41-detent Control Room Knob is right at your fingertips.

“API has always strived to engineer products that the audio community needs and wants,” said API President Larry Droppa. “In the case of the MC531, we’re offering a truly professional monitoring solution that’s equally at home in a commercial studio as it is in a smaller, personal creative space. Anyone familiar with an API console will immediately recognize the layout, functionality and the tradition that’s built into this incredible sounding monitor controller.”