Seien Sie der Erste, der dieses Produkt bewertet
1.819,00 €
Will be ordered for you.
If you need this very urgent, please contact us and we keep you informed about the delivery date.
Zur Wunschliste hinzufügen Zur Vergleichsliste hinzufügen

This is the high-pass filter version of the 1073MP 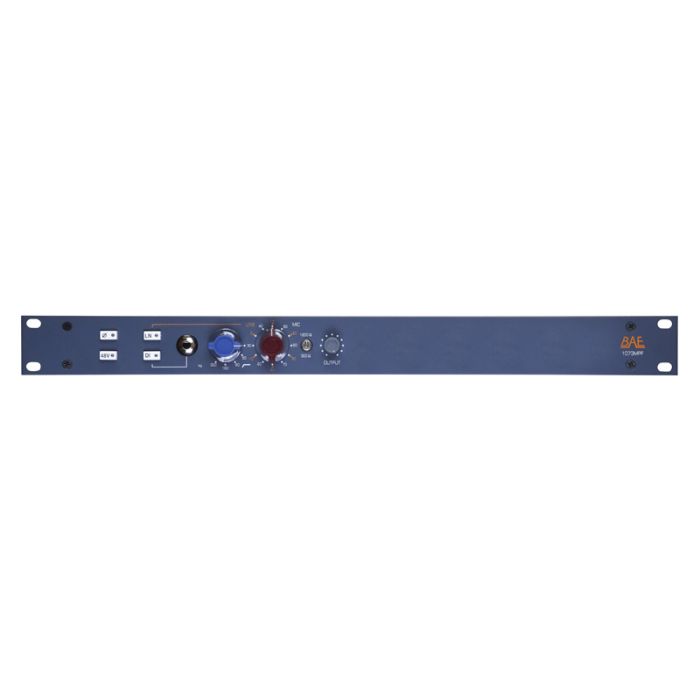 This is the high-pass filter version of the 1073MP. The 1073MPF is the mic pre-amp version of the 1073 equaliser, sharing the the same well-known characteristic Class A sound with its harmonically rich low end, slight resonant highs and maintained focused mids.

A transformer coupled input, with two selectable impedances makes the 1073MP work well with a variety of microphones.

There is also a line input feature for adding depth to 2-bus mixes and a DI input for all passive and active instruments.

As a coloured and versatile mic-pre, the 1073MP maintains its sonic signature across a wide bandwidth.

"BAE mic pres are the truth... they have that nice warm sound like old 1073s but quieter. I love them! I use mine for everything, then run final mixes through the 1073MPF's. Balanced Inputs straight out of ProTools to CD to give them a phatt analogue richness." - Terrace Martin, Artist & Producer