Seien Sie der Erste, der dieses Produkt bewertet
139,00 €
Will be ordered for you.
If you need this very urgent, please contact us and we keep you informed about the delivery date.
Zur Wunschliste hinzufügen Zur Vergleichsliste hinzufügen

Hatsune Miku is “The First Sound of the Future” - a futuristic voice synthesizer software that allows you to easily create vocal parts from scratch by just entering a melody and lyrics. 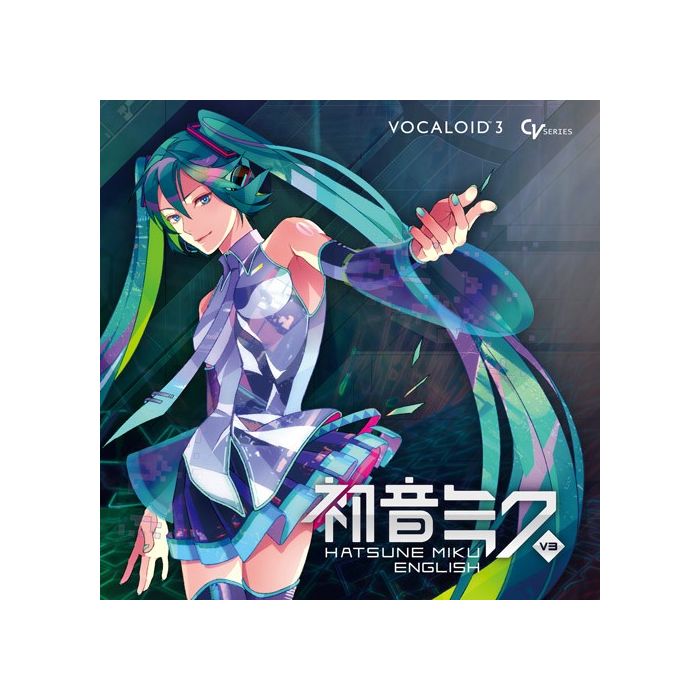 Hatsune Miku is “The First Sound of the Future” - a futuristic voice synthesizer software that allows you to easily create vocal parts from scratch by just entering a melody and lyrics.  Add vibrato, dynamics and other effects to change the expression of Miku’s singing voice. Compose songs using Miku as your main singer, demo vocalist, chorus singer or experiment with new vocal styles for remixing and other electronic music projects. This all-in-one package includes vocal editor Piapro Studio VSTi, PreSonus Studio One Artist Piapro Edition, and over 200 virtual instruments for your immediate music production.

Database (Voice Bank)
This database is based on a human voice, carefully recorded in a high-standard studio environment. Every sound was edited and optimized for the VOCALOID engine in order to create this database. With parameters such as gender factor or brightness, you are able to modify the voice and customize it to exactly fit your sound.

Vocal Editor PIAPRO STUDIO
A vocal editor that allows you to easily operate and modify Miku's voice, Piapro Studio works as a VSTi plugin, and therfore performs at a high compatibility with main music production applications (PreSonus Studio One, Ableton Live, Steinberg Cubase etc.).
About AU (Mac) Plugin
Support for the AU (Mac) plugin is scheduled for an update. With this feature the usage with Apple Logic and Apple Garage Band will be possible.