Seien Sie der Erste, der dieses Produkt bewertet
2.099,00 €
Will be ordered for you.
If you need this very urgent, please contact us and we keep you informed about the delivery date.
Zur Wunschliste hinzufügen Zur Vergleichsliste hinzufügen 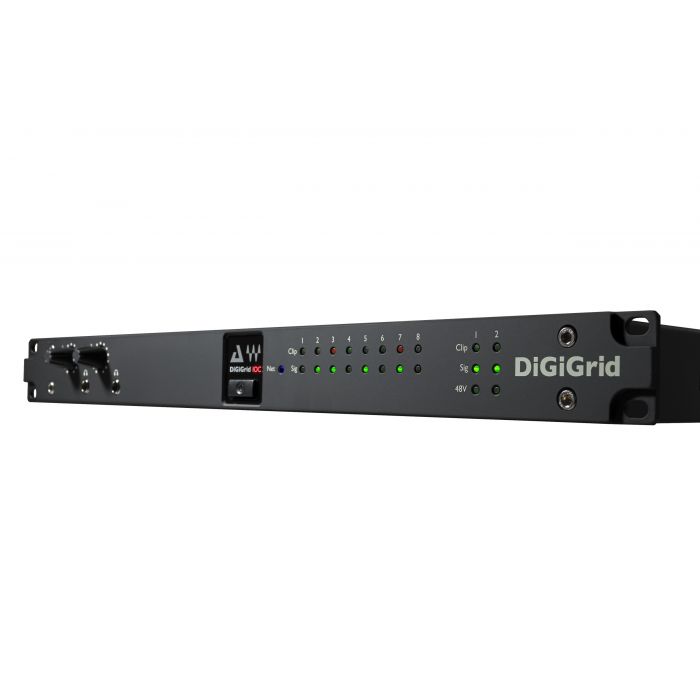 Custom-designed with the control room in mind, the DiGiGrid IOC audio interface features a variety of connectivity options: 2 mic/line inputs with broadcast-grade preamps, 8 line inputs/outputs, 16 AES inputs/outputs, an ADAT input/output, plus two powerful headphone outputs. Plug into the SoundGrid network using a single Ethernet cable, and the IOC will open up a world of real-time tracking, mixing and monitoring, with super-low latency of only 0.8 milliseconds. With the DiGiGrid IOC and a SoundGrid DSP server, you can run hundreds of SoundGrid-compatible plugins from Waves and other developers, all fully integrated within your DAW.

The IOC installer includes the relevant drivers and software for your unit: the SoundGrid ASIO/Core Audio driver, the SoundGrid Studio Application, the eMotion ST mixer, StudioRack, and the IOC Control Panel.

StudioRack is a software rack dedicated to running plugin chains. The processing of each chain can then be directed to your host computer’s CPU or to a SoundGrid DSP server, as you choose. When you process your plugin chains on a SoundGrid server, StudioRack lets you monitor your tracks in extremely low latency via the eMotion ST mixer.