Seien Sie der Erste, der dieses Produkt bewertet
1.869,00 €
Will be ordered for you.
If you need this very urgent, please contact us and we keep you informed about the delivery date.
Zur Wunschliste hinzufügen Zur Vergleichsliste hinzufügen 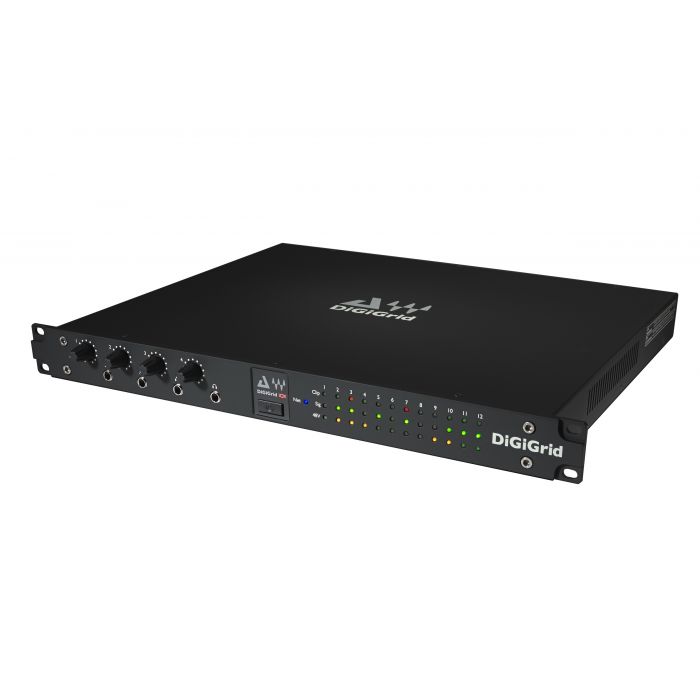 Ideal for your studio’s performance/recording room, DiGiGrid IOX is a high-count I/O interface featuring 12 mic/line inputs with broadcast/studio-quality preamps and 6 line outputs. With four customizable headphone outputs which allow individual mixes for each musician, the IOX delivers high-resolution monitoring whether you’re performing in the studio or listening in the control room. Plug the IOX into your SoundGrid network with a single Ethernet cable, and you will enter a new world of real-time tracking, mixing and monitoring. And that’s not all: With a SoundGrid DSP server on your network, you can run hundreds of SoundGrid-compatible plugins from Waves and other developers, fully integrated within your DAW, with latency of only 0.8 milliseconds.

The IOX installer includes the relevant drivers and software for your unit: the SoundGrid ASIO/Core Audio driver, the SoundGrid Studio Application, the eMotion ST mixer, StudioRack, and the IOX Control Panel.

StudioRack is a software rack dedicated to running plugin chains. The processing of each chain can then be directed to your host computer’s CPU or to a SoundGrid DSP server, as you choose. When you process your plugin chains on a SoundGrid server, StudioRack lets you monitor your tracks in extremely low latency via the eMotion ST mixer.