Seien Sie der Erste, der dieses Produkt bewertet
2.099,00 €
Will be ordered for you.
If you need this very urgent, please contact us and we keep you informed about the delivery date.
Zur Wunschliste hinzufügen Zur Vergleichsliste hinzufügen
Mic Preamp Section – This is a super low noise transformer input amplifier section, with the gain digitally controlled. This section comes standard with a shielded Lundahl transformer, but provides for a Jensen transformer also. The signal to noise f
Zum Ende der Bildgalerie springen 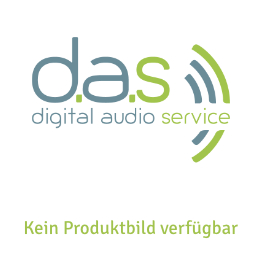 Mic Preamp Section – This is a super low noise transformer input amplifier section, with the gain digitally controlled. This section comes standard with a shielded Lundahl transformer, but provides for a Jensen transformer also.

The signal to noise far exceeds any microphone in existence, typically over 130 dB with the input shorted and 40dB of gain. Having used many mic preamps over the years, we have implemented a unique stepped gain control that should be impervious to the normal flakiness that age causes to pots and detented switches. Counting the output gain of 14 dB, a total 74 dB of gain is available to the user with the CompSat section bypassed. A 48 Volt Phantom power is provided for condenser mikes.

Exclusive CompSat™ Section - This unique circuitry sets the Mike-E apart from all other mic preamplifiers. It has four sections:

2) Compressor – This is an uncompromising compressor/limiter circuit that allows detented control of attack and release for easy repeatability. You adjust the amount of compression with the DRIVE knob, which adjusts the level going into the compressor. In ways it is Distressor-like, but has other differing characteristics including a much longer available attack time, and additional circuitry. Four ratios are provided, 2:1 being the gentlest with a long 20dB knee, good for subtle compression such as while tracking or on the Buss. Ratios 4:1 and 8:1 are steeper but still very smooth with long knees. Nuke is very steep (limiter like) and has a different attack & release shape.

3) Emphasis - The Emphasis is actually two circuits that surround the compressor and saturator, as shown in the block diagram. The Pre-emphasis boosts the high frequencies before the compressor and saturator (CompSat), soft clipping them sooner than normal, while a de-emphasis cuts the frequencies complementary after the CompSat. Emphasis has the added perk of improving signal to noise, and is the reason analog tape decks used emphasis to begin with.