Seien Sie der Erste, der dieses Produkt bewertet
1.899,00 €
Will be ordered for you.
If you need this very urgent, please contact us and we keep you informed about the delivery date.
Zur Wunschliste hinzufügen Zur Vergleichsliste hinzufügen
The instruments in this product perform with unequalled ease and comfort, allowing you to use them as centerpieces of your composition or as a delectable spice for saucy flavoring. For the very first time, you can even bring a sampled Saxophone to the forefront of your mix, knowing it´s actually going to sound like the real thing.
Zum Ende der Bildgalerie springen 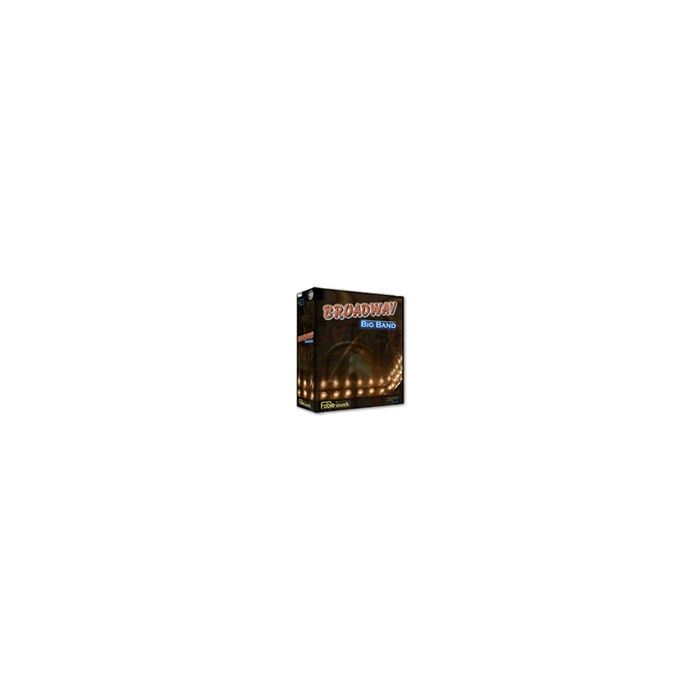 To enable composers, producers and arrangers to achieve real sounding organic Brass & Woodwind sound in a non-orchestral setting. The Broadway Big Band™ combines technological innovation and exceptional musicians in creating the most detailed, flexible and intuitive non-orchestral multi-sample library, and it's doing so in the form of a revolutionary virtual instrument.

Note transitions have always been the main obstacle in creating a believable sounding sampled wind instrument. We realized early on, that a large part of our task would be to find ways to address this problem without sacrificing the playability of the instruments. Out of this conundrum the concept of revolutionary Broadway Performer™ software was born.

We recorded every note transition up to Major 9th in both directions, utilizing various playing techniques for the transitions, such as Legato, Rip Portamento, Chromatic Runs, etc. By using the Broadway Performer™, these transitions can then be played and combined intuitively without compromising the playability.

The Broadway Performer™ patented technology, developed for the Broadway Big Band™ products, enables the most comprehensive and intuitive access to the thousands of samples included in the Broadway Big Band™ virtual instruments, granting both the creative freedom and the fullest control over the finest nuances of performance, all in real-time but fully editable in step-mode as well. It chooses the pre-recorded note transitions based on context, and provides instant access to a virtually limitless variety of articulations and playing techniques. With Broadway Big Band - Kontakt Edition, The Broadway Performer™ technology is implemented inside the Kontakt Player, for a seemless and fully streamlined setup and workflow.

The need to have the artistic and technical flexibility in placing your instruments in an appropriate environment is also a key factor in our vision. The instruments were thus sampled with multiple microphone positions, using different microphone types, pre-amps and recording styles, allowing the user to mic the instrument according to the production needs, just as they would if they were recording a live musician.

The necessity of having performers that bring the spirit of their "own" sound without being overbearing was one of the most important aspects of this project. The objective was maximizing the usability and flexibility, and keeping the performance of the recorded sound-samples breathing and full of life. Hence, the virtual instruments of the Broadway Big Band™ were recorded with world-class leading New-York musicians, who have been carefully chosen for the character in their musical performance and for their musical versatility.

Drums were recorded in drumset position, using 25 microphones onto hi-definition multi-track-channels at 192KHz and were down-converted to 44.1KHz and mixed-down to stereo to improve usability.

Sonic integrity, Flexibility, Reliability, Technological Innovation, System Compatibility, and just plain character are just a few of the many reasons the Broadway Big Band™ is destined to revolutionize the virtual instrument world!