Seien Sie der Erste, der dieses Produkt bewertet
9.749,00 €
Will be ordered for you.
If you need this very urgent, please contact us and we keep you informed about the delivery date.
Zur Wunschliste hinzufügen Zur Vergleichsliste hinzufügen 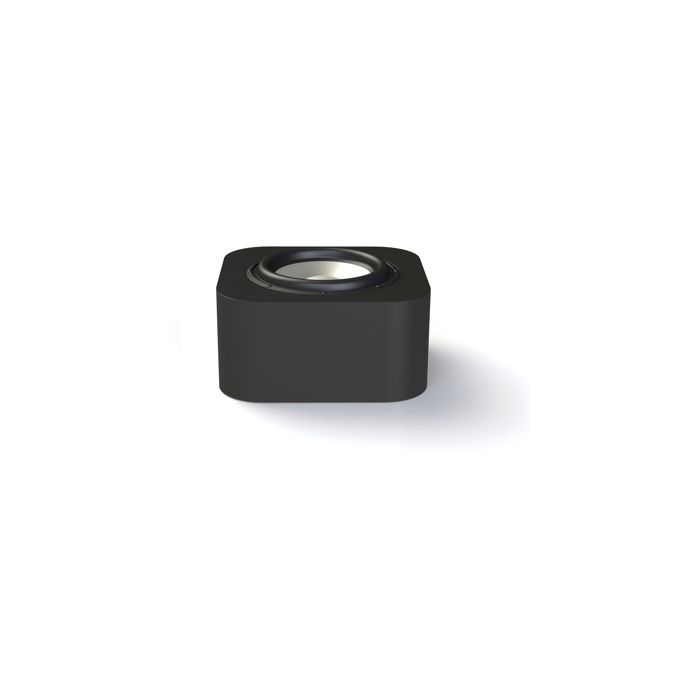 The LS1s-dmf is a technological marvel. By applying ‘Digital Motional Feedback’, a control technology from the renowned Dutch high-tech industry, it became possible to achieve exceptionally low levels of distortion and full dynamic control. With an LS1s-dmf added for the bass frequencies, the LS1 system offers low distortion over the full audio band and redefines the term ‘transparency’. This is bass control like you’ve never experienced before.

At frequencies below 100 Hz loudspeaker drivers need to move a vast amount of air and therefore have high excursion levels, while also the fundamental resonance - which is present in any loudspeaker - induces unwanted delayed effects. The result is that all conventional loudspeakers exhibit a rising distortion in the bass region with additional “thickening” of the bass by the resonance.

In electronics, feedback is used to minimise distortion. To apply feedback in electro-mechanical systems like an active loudspeaker, an acceleration sensor needs to be mounted on the cone to monitor its motions. This so called “Motional Feedback” technology has been presented a few times before in history but the precision and control as found in the Grimm Audio LS1s-dmf is unique. By adding smart digital processing and current drive, the low distortion of the already high-performance aluminium Seas woofer is further reduced by as much as 30 dB, solving all problems that are related to low frequency resonances and distortion.