Seien Sie der Erste, der dieses Produkt bewertet
7.950,00 €
Will be ordered for you.
If you need this very urgent, please contact us and we keep you informed about the delivery date.
Zur Wunschliste hinzufügen Zur Vergleichsliste hinzufügen 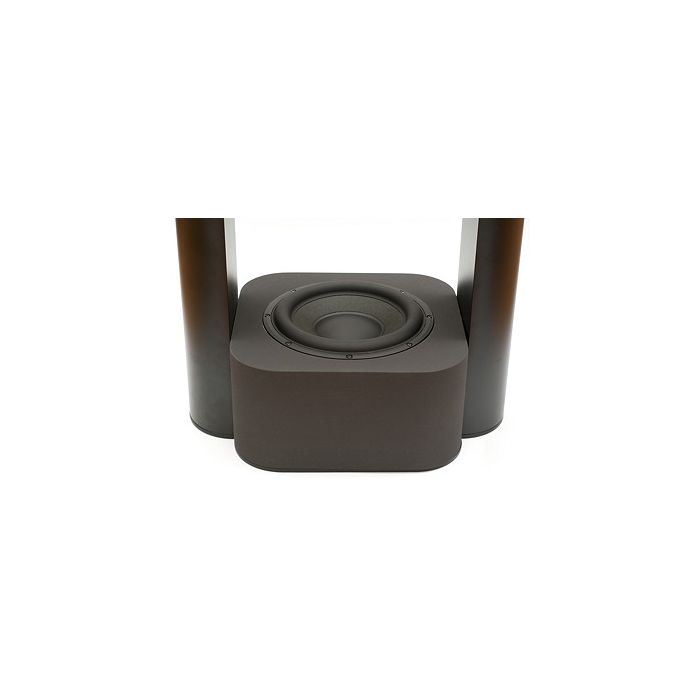 A pair of LS1s stereo subwoofers integrate seamlessly with the LS1. Its phase corrected crossover at 70 Hz is already build in the LS1, so just adding the subs turns the system into a unique phase coherent three-way system.

Although the LS1 on its own can play down to 40 Hz with quite impressive power, the bottom octave down to 20 Hz is hard to produce with a two-way loudspeaker system. Especially classical music does benefit from a balanced reproduction of these ultra low frequencies. Also, people who like to listen at raised volume once in a while will value the lower LS1 system distortion offered by the LS1s option.

At low frequencies, wave lengths are so large that the speaker's orientation does not matter. This fact offered us the opportunity to elegantly fit the LS1s between the legs of an LS1, facing upwards. As a bonus the LS1s can be taken off the footplate and placed in the optimum position for low frequency reproduction, that is not necessarily the ideal spot for the main loudspeakers. To match the immaculate quality of the LS1, we selected a top notch Peerless woofer and a 400W class D amplifier of Hypex fame.