Seien Sie der Erste, der dieses Produkt bewertet
1.199,00 €
Will be ordered for you.
If you need this very urgent, please contact us and we keep you informed about the delivery date.
Zur Wunschliste hinzufügen Zur Vergleichsliste hinzufügen 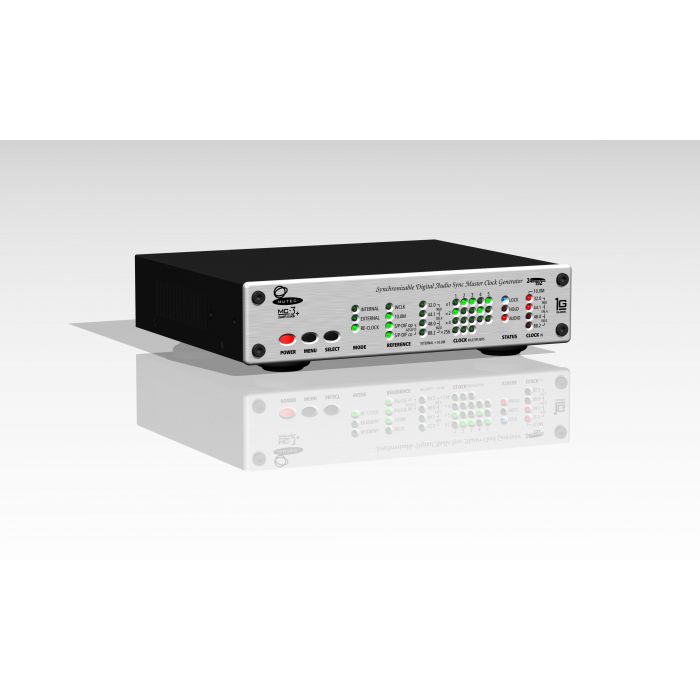 It is widely known that a master clock changes the sound quality of digital audio devices more or less to a higher level. But carving out finest audio details in your recordings to reproduce individual instruments as clear as possible and to raise the precision of their positions within the spatial sound to a maximum is possible at best with high-resolution re-clocking of your digital audio material. That is what MUTEC's new audio re-clocking algorithms paired with the 1G-Clock technology perform in the MC-3+ Smart Clock. Thus, the sensing of the incoming audio is carried out with highest resolution which leads to ultimate precision during merging the audio data with the new ultra-low-jitter clock. The result is unparalleled richness of details and spatiality of the re-clocked audio material.

The real next Step in Audio Clock Generation

While others argue for their products with standardly known technical aspects, MUTEC really sets the benchmark of digital audio clocking to a higher level using the proprietary 1G-Clock technology for the first time in the MC-3+ Smart Clock. Running a frequency synthesis on a specifically calculated high clock rate, eliminates completely typical jitter inducing artifacts which are present in all standardly implemented DDS processes. Additionally, we took a look around the clock generation circuit and developed totally new ultra-low-noise power supplies and PCB design rules aligned to high-speed communication technologies to virtually eliminate all electrical noise. Thus, the new 1G-Clock technology helps you to bring jitter down to an unique low level, which leads to unprecedented transparency in your audio recordings.

The new MC-3+ Smart Clock works not only as generator, but also as clock distributor. Unlike other products, the MC-3+ effectively regenerates incoming clock signals to higher purity as the signal source. This helps to stabilize already existing clock systems and improves the level of sound reproduction quality in your studio environment. In cases when the MC-3+'s digitally-compensated clock accuracy is not sufficient, it is possible to lock the system to references of higher accuracy like so-called Atomic clocks or GPS receivers to raise the timing accuracy to the highest possible level. Additional to that, for the use during live events or in mobile trucks, the MC-3+ features anytime-fail-safe clock generation in every state of operation. Entering the hold-over-mode and re-synchronization of returning clock references is carried out so smoothly that live recordings will surely not be affected. Thus, the new MUTEC MC-3+ Smart Clock ensures flawless synchronization of connected devices at any time, while enhancing the sound of your audio production impressively.